According to Edith Reiter's 2014 book, this instrument was completed on 23 May 1927; as evident from a stamp on the upper joint, reading "Sole Agent for U.S. Carl Fischer New-York", it was produced for the US American market and initially sold there. Based on Mike Frederick's list, heckelphone #4014 was built as a high-pitch model 36i (a precursor of the conservatory system).

As of March 2020, this heckelphone is currently owned and played regularly by John McDougall, London (UK), principal bassoonist in the BBC Concert Orchestra and the English National Ballet. John had some interesting mechanical additions done, to make certain low note slurs easier. Specifically, he had Paul Windridge (an instrument repairman in Leicestershire, UK), realise permanent linkages for low B to C and low Bb to B, as well as an extension to the LH3 touch, to facilitate reaching the low B, long F and Eb keys. Later, he commissioned Alan Andrews (a well known clarinettist and instrument maker in Dunstable, UK) to add extension lever to the low C, which makes it possible to to play low C with just three fingers of the right hand and thus move the little finger more quickly between C/C# . John is playing heckelphone #4014 with a newly designed bocal by Thomas Stone of London.

John acquired heckelphone #4014 in 2014 from Donald MacCourt of Ridgewood, New Jersey (former principal bassoonist of the New York City Ballet). According to information found on Fredrick's list, it was used in the Milwaukee Opera Orchestra for a 2003 production of Salome. According to Howe &aml Hurd (2004), this heckelphone used to belong to Jack Benny Middle School (formerly, Jack Benny Junior High School) in Waukegan (IL, USA). 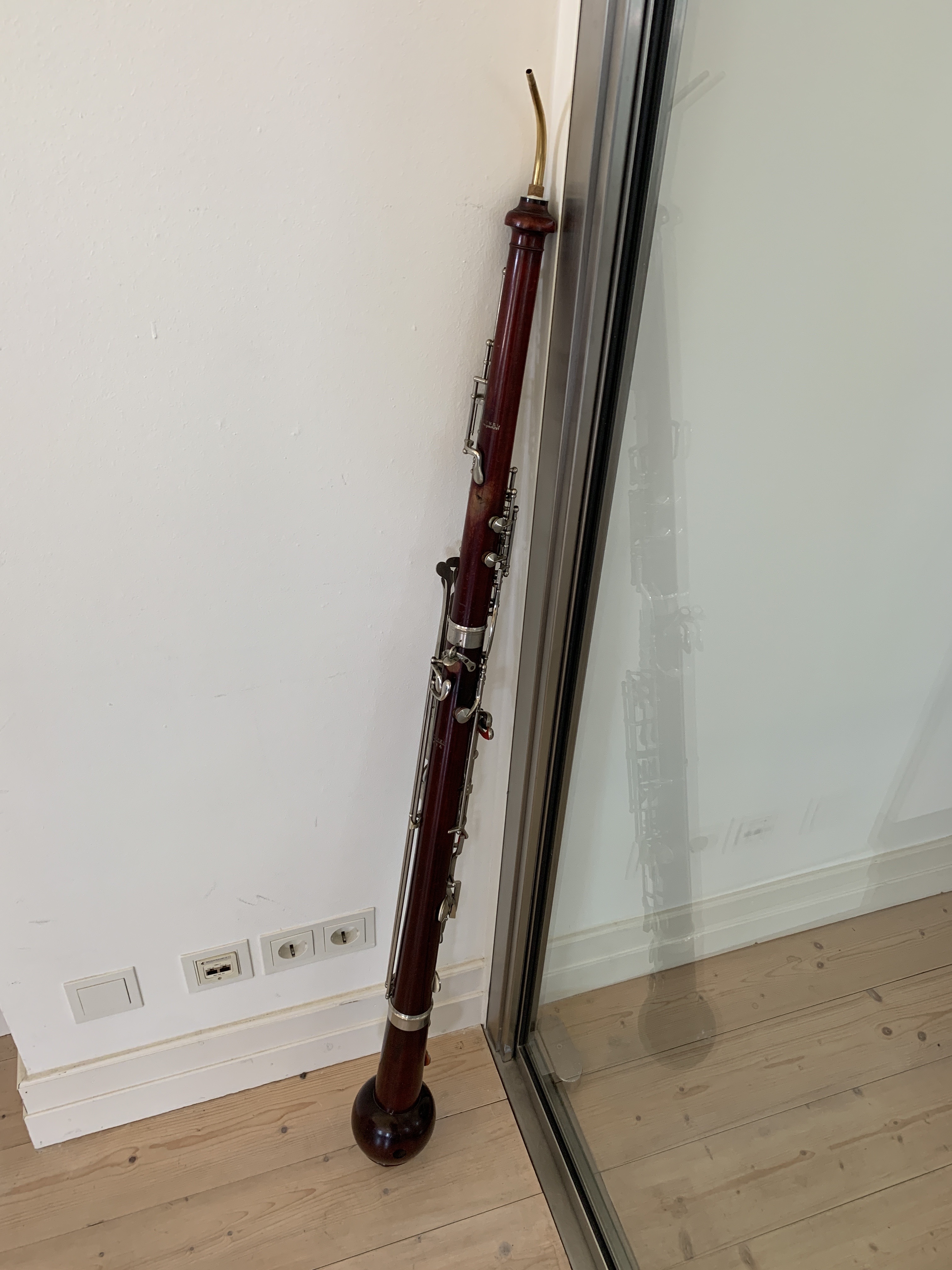 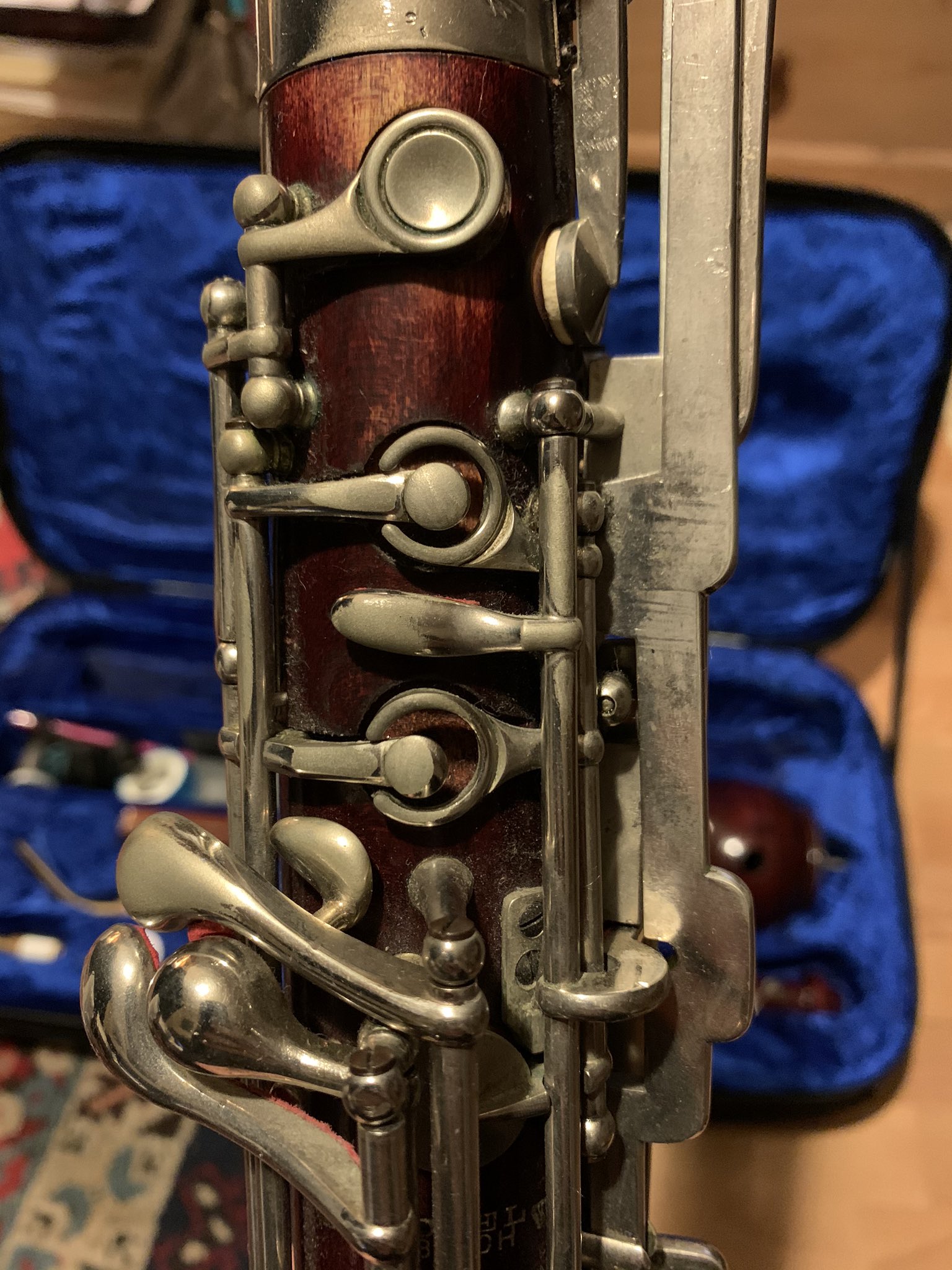 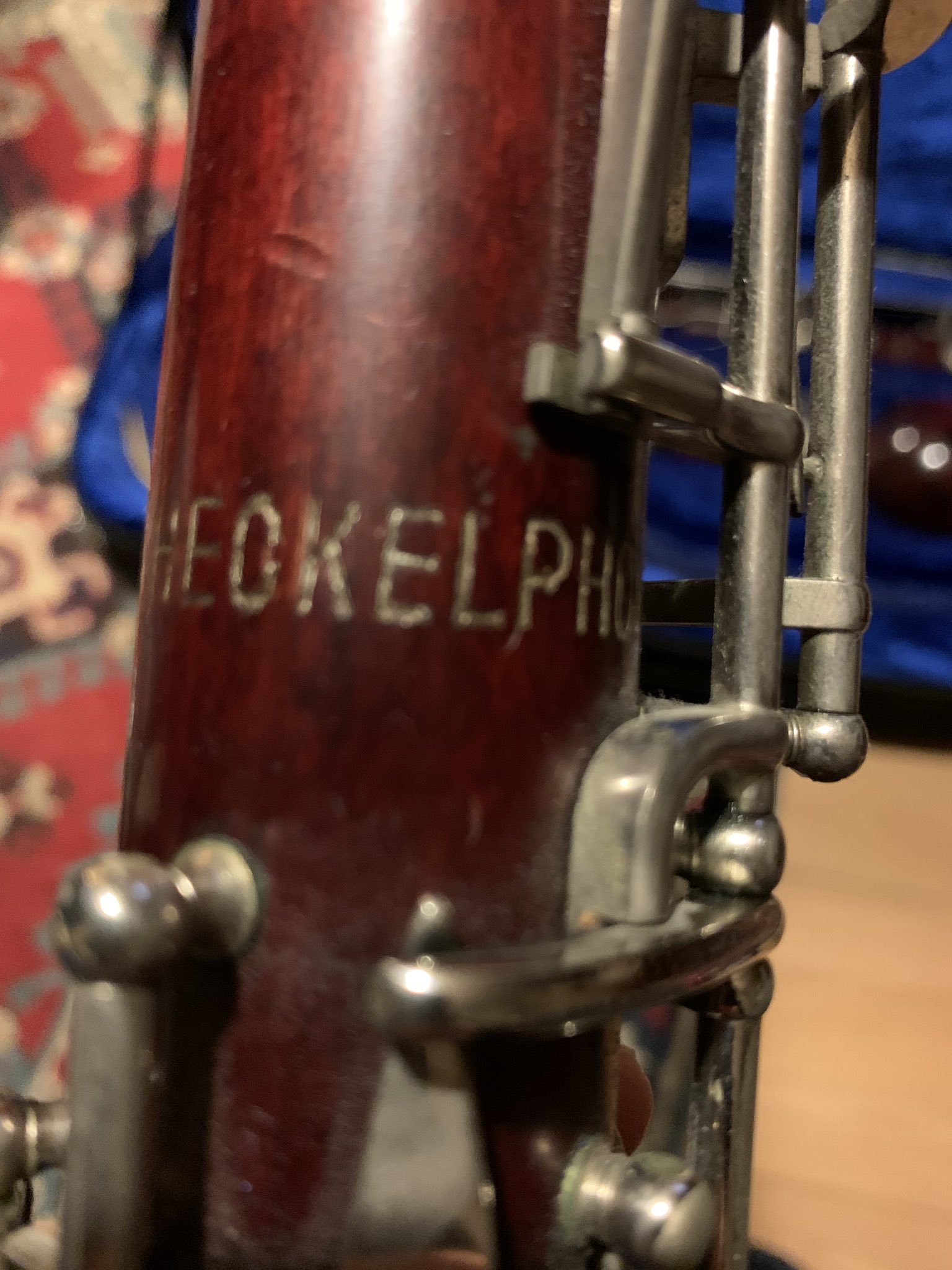 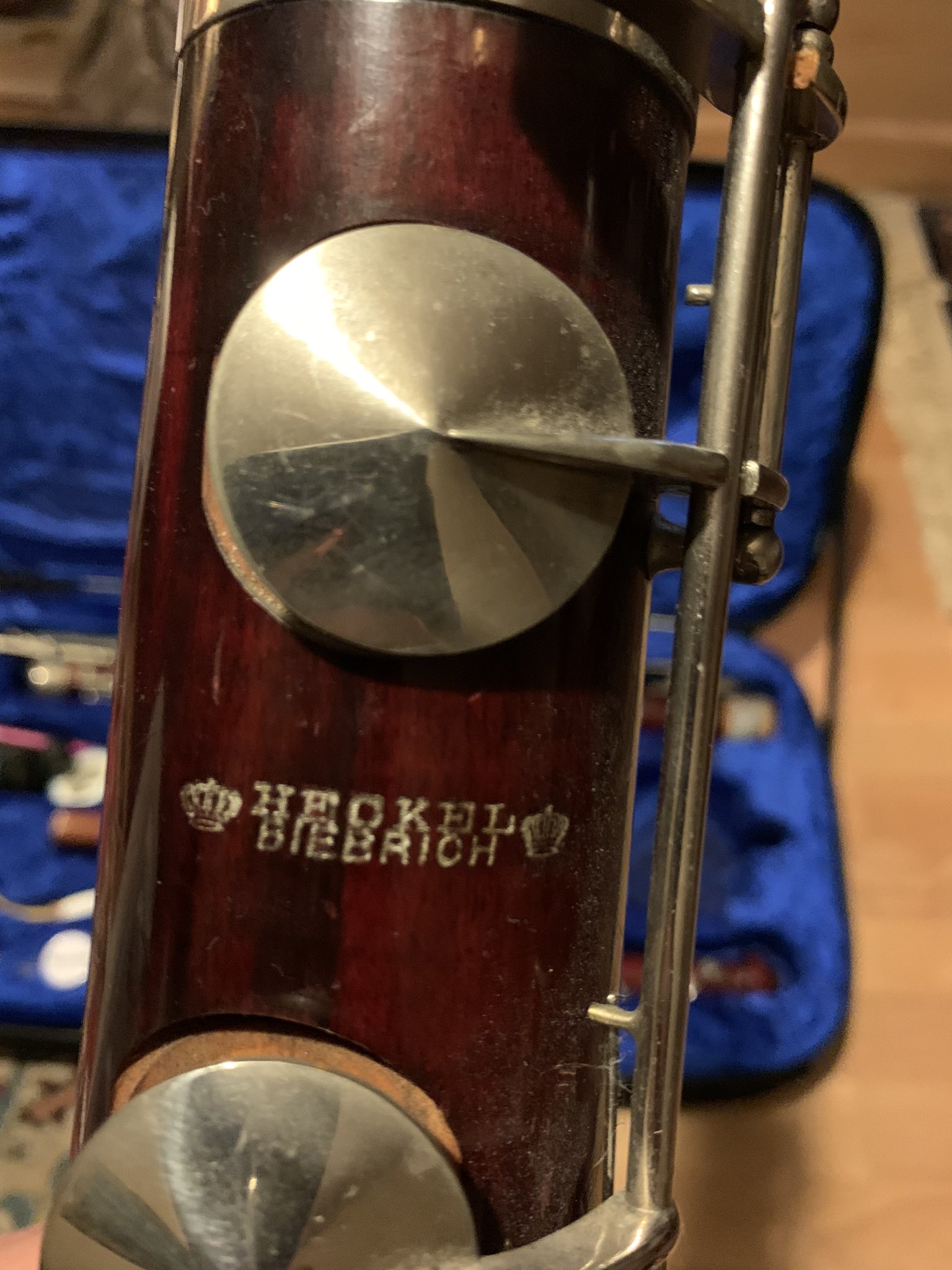 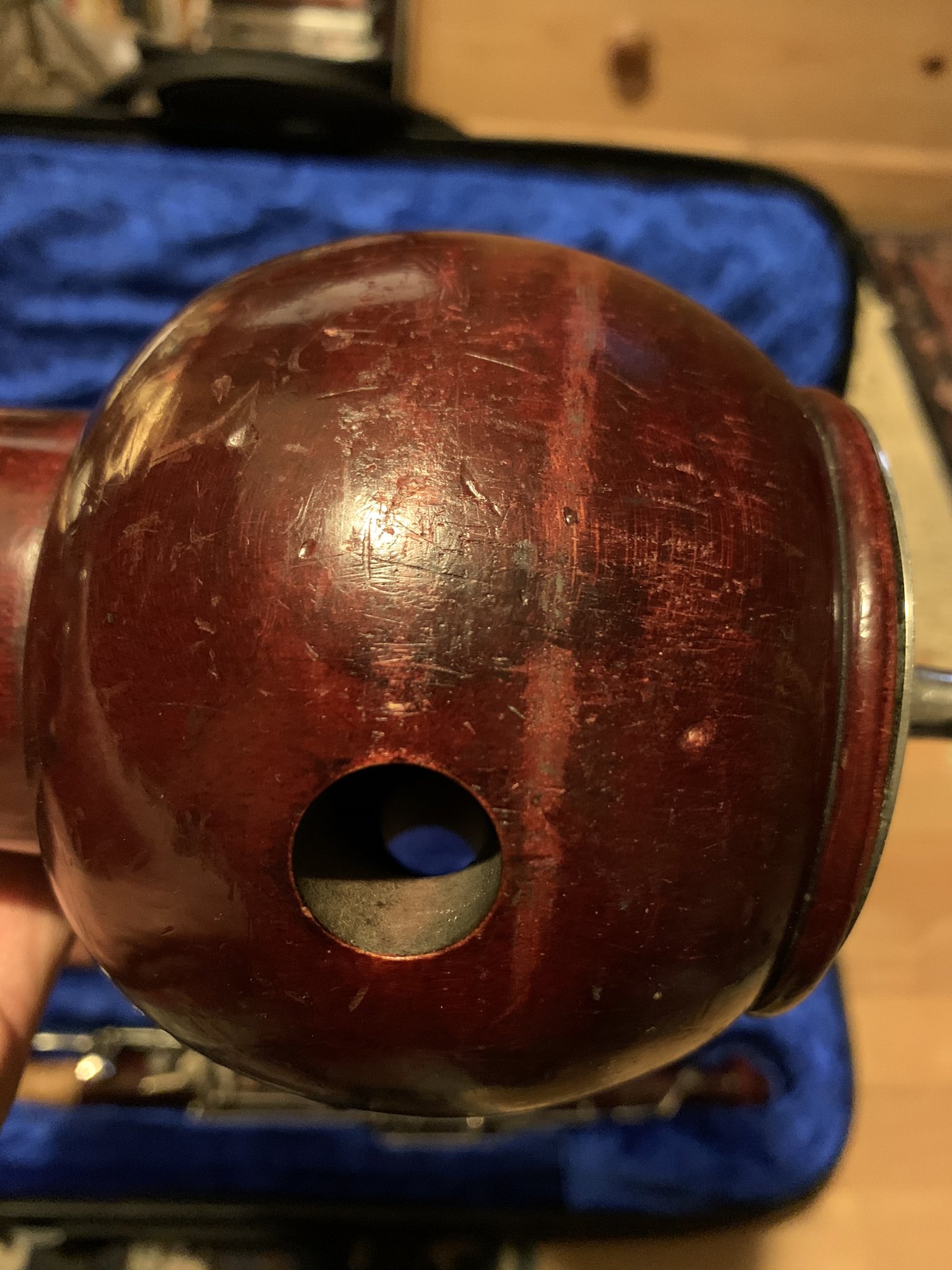 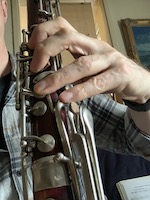 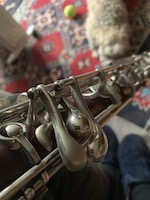 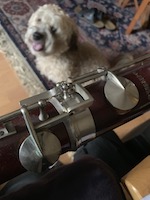 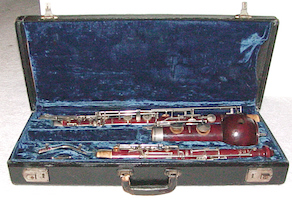 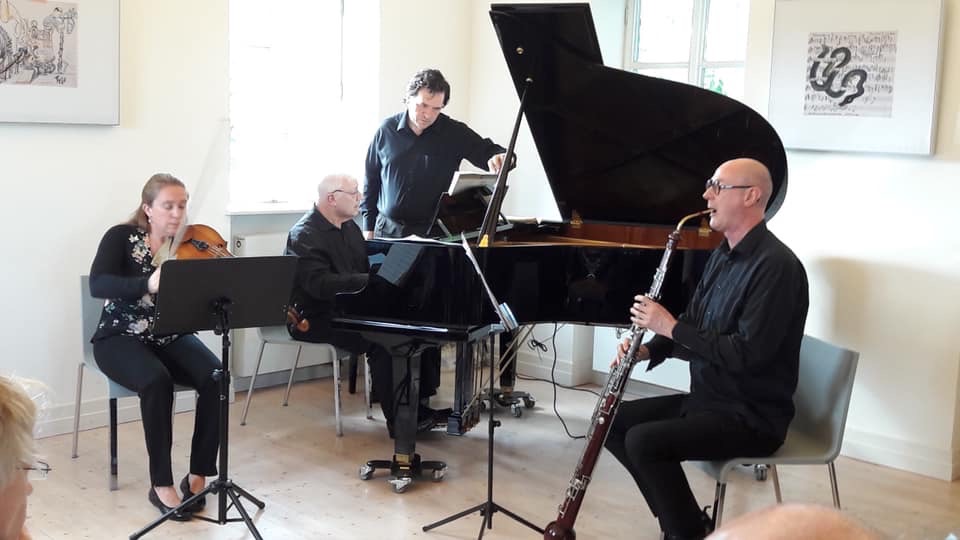 Thanks to John McDougall, London (UK) for providing many of the pictures and much of the information shown on this page. To provide further details on the history of this instrument to be included on this page, please contact me at heckelphone@gmx.net.