According to Edith Reiter's 2014 book, this instrument was completed on 1 May 1906 and originally sold within Germany. Based on Mike Frederick's list, heckelphone #19 was built as a model 36b ("German system"), but modified in the 1950s by Franz Groffy at Heckel GmbH to more closely resemble a model 36i (precursor of the conservatory system). The two pieces of the bell are permanently connected and a septum has been installed, along with a metal plate that spans the opening at the bottom; the original large hole in the front of the bell has been narrowed by means of a special insert, and two additional holes have been drilled near the back of the bell.

As of March 2020, this heckelphone is owned and played by Samuel Andreyev, Strasbourg (France), a Canadian composer and writer residing in France. Before Andreyev purchased heckelphone #19 in 2006, it belonged to Georg Meerwein, principal oboist of the Bamberg Symphony (Bamberger Symphoniker, Germany). Meerwein acquired it from Walter Mang, a collector of rare woodwind instruments who lived in Heidelberg (Germany) and tragically died on 20 March 1961, in a fire in his home that also destroyed his collection - except for heckelphone #19 and a piccolo heckelphone, which he had lent out to someone at the time. Incidentally, Mang was a member of the US Volunteer Life Saving Corps New York, and founding member of the DLRG (German Life Saving Association, the largest voluntary water rescue organization in the world). It appears that Walter Mang was the first owner of heckelphone #19, and the original wooden case has a metal plaque bearing his name.

This instrument is regularly used by various orchestras, including the Royal Concertgebouw Orchestra, Orchestre National de France and Orchestre de Radio France. It is also featured on Andreyev's album "The Tubular West" (e.g., in Track 12, "Winter in Århus" and Track 2, "Pluto's Matches"). 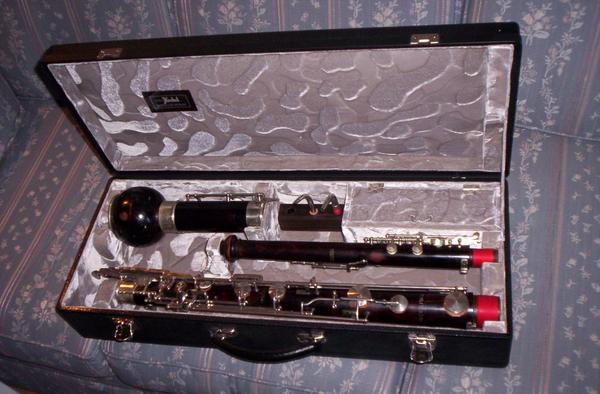 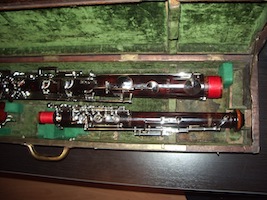 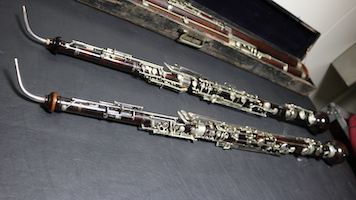 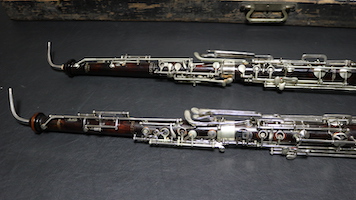 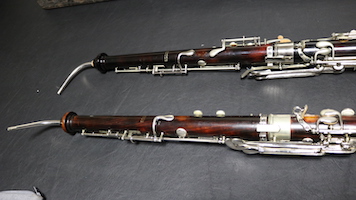 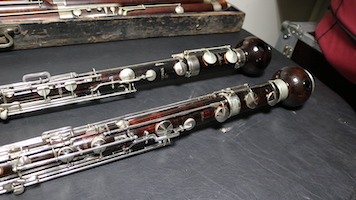 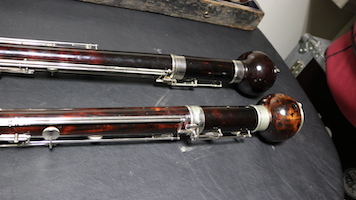 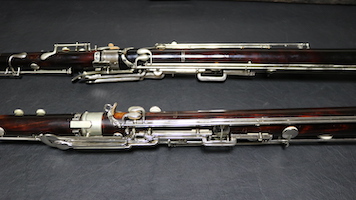 Many thanks to Samuel Andreyev of Strasbourg (France) for providing the pictures and much of the information shown on this page. To provide further details on the history of this instrument to be included on this page, please contact me at heckelphone@gmx.net.