According to Edith Reiter's 2014 book this instrument was completed on 1 January 1946 and originally sold to a buyer in the USA. It was the second heckelphone completed since 1940 (the first has no serial number and is briefly mentioned below).

As of 2020, heckelphone #4702 is located in Bellingham (WA), USA, and owned by noted heckelphone specialist, Peter Hurd. Hurd acquired it from oboist Georg Otto Klapproth of Cologne, Germany, who played it in the WDR symphony orchestra (Sinfonieorchester des WDR Köln). Klapproth purchased the instrument in 1976, during a trip to Wrocław (Poland), from a German colleague who played in the orchestra there. At that time, heckelphone #4702 was in poor shape.

According to Finkelmann (2004), this heckelphone was originally acquired from Heckel in 1946 by Douglas Waples, a professor of social psychology at the University of Chicago who served as a Colonel in the US Army during World War II.

As outlined in a letter from US heckelphonist, composer and computer scientist, Leland Smith, quoted by Finkelmann (2004), Douglas Waples played an important role in saving the Heckel factory from bombing during World War II: "[One of his functions during the war] was to fly over Germany in a light plane to pick out areas that were considered as cultural heritage. Since he was an amateur bassoonist, he selected the Heckel factory in [Biebrich bei] Wiesbaden as off limits to the bombing. As a result, the Heckel [facility] escaped serious damage, even though various armament factories were nearby. When the Americans occupied the area, the Colonel was able to visit the Heckel factory, where he was warmly greeted by Wilhelm Hermann Heckel. Needless to say, the Heckel workers were amazed to hear the reason their area [had been spared] in the midst of such devastation. In appreciation, Heckel gave [Waples] an assortment of instruments, including a heckelphone." According to Finkelmann, the heckelphone in question "came from among the pattern specimens kept in a storage vault" and therefore had no serial number. Heckelphone #4702 was purchased by Waples subsequently.

How heckelphone #4702 found its way from Douglas Waples in Chicago to the musician in Wrocław remains unclear. 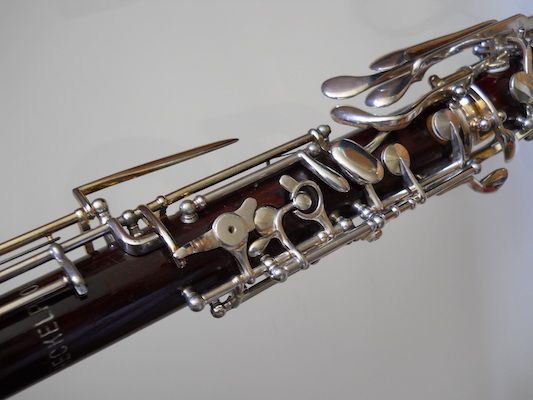 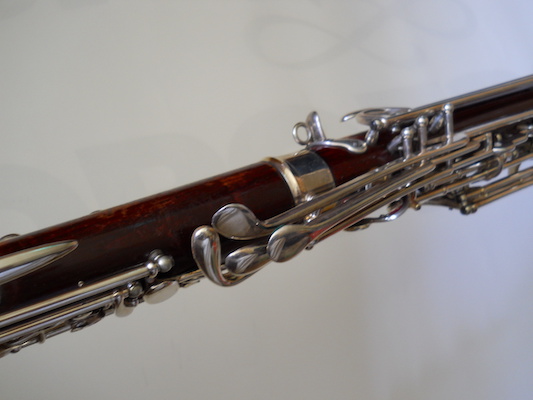 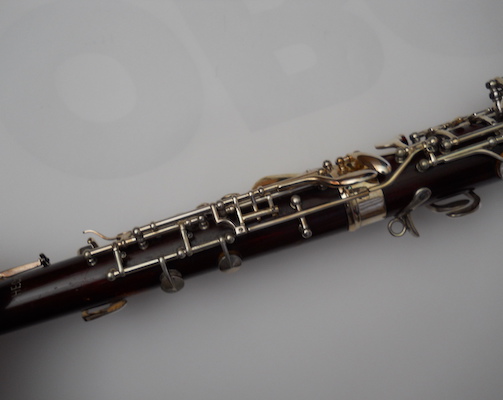 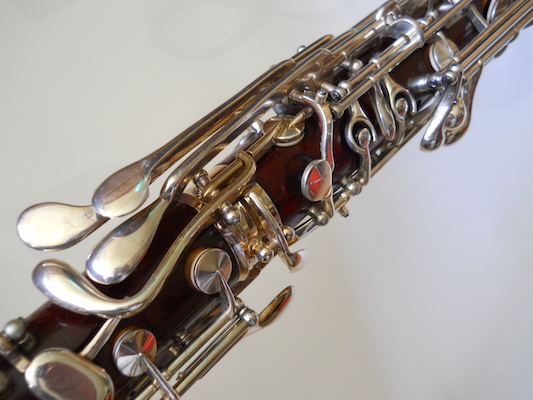 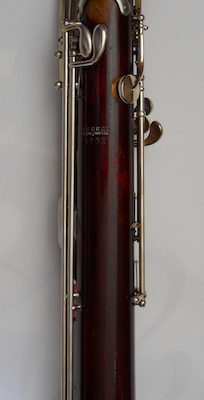 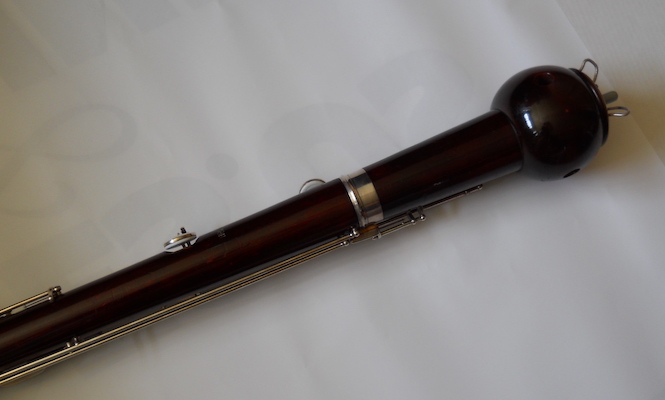 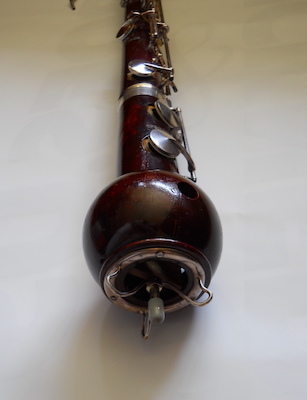 Many thanks to Peter Hurd of Bellingham (WA, USA) and Georg Otto Klapproth of Cologne (Germany) for providing the pictures and much of the information shown on this page. To provide further details on the history of this instrument, please contact me at heckelphone@gmx.net.