According to Howe & Hurd (2004), this instrument is a high-pitch model 36i (a precursor of the conservatory system). They estimate that it has been completed around 1928, based on the observation that it is "identical to #4055". In Mike Frederick's list, on the other hand, this heckelphone is listed as having been built in 1920 (the basis of this claim remains unclear). Further investigation shows that, unlike heckelphone #4055, this instrument has a two-piece bell and also shows a number of other differences in the design of its mechanics; at the same time, it does not closely resemble any of the heckelphones built prior to 1928 for which high-quality images are available to us at the time of this writing. Also taking into account the fact that heckelphone #4107 from 1929 is the last heckelphone currently known to have been built with a two-piece bell, we believe the 'Waples' heckelphone was likely built in the late 1920s or early 1930s.

Finkelmann (2004) reports that, after it had been completed, this instrument was kept by Wilhelm Heckel GmbH as a pattern specimens in a storage vault and therefore was assigned no serial number. Shortly after the second world war, it was gifted to Douglas Waples by Wilhelm Hermann Heckel. As outlined in a letter from US heckelphonist, composer and computer scientist, Leland Smith, quoted by Finkelmann (2004), Douglas Waples played an important role in saving the Heckel factory from bombing during World War II: "[One of his functions during the war] was to fly over Germany in a light plane to pick out areas that were considered as cultural heritage. Since he was an amateur bassoonist, he selected the Heckel factory in [Biebrich bei] Wiesbaden as off limits to the bombing. As a result, the Heckel [facility] escaped serious damage, even though various armament factories were nearby. When the Americans occupied the area, the Colonel was able to visit the Heckel factory, where he was warmly greeted by Wilhelm Hermann Heckel. Needless to say, the Heckel workers were amazed to hear the reason their area [had been spared] in the midst of such devastation. In appreciation, Heckel gave [Waples] an assortment of instruments, including a heckelphone." A label in the case, shown in one of the images below, identifies Douglas Waples as the original owner of this instrument.

As of November 2021, this heckelphone is owned and played regularly by Nathaniel Sanchez, Annandale-on-Hudson, NY (USA). As seen in the pictures below, it is in excellent condition. Nathaniel acquired the 'Waples' heckelphone in 2021 from oboist and media executive James (Jim) Franklin, Palatine, IL (USA), who had purchased it in 2015 from the estate of Robert Dewar, a British-born US-American computer scientist and bassoonist who hosted several meetings of the North American Heckelphone Society in New York City in the early 2000s. It is conceivable, but not certain that Robert Dewar purchased this instrument directly from Douglas Waples; Waples taught at the University of Chicago and played bassoon in the university orchestra while Dewar was a student there, and it is not unlikely that they knew each other from that time. 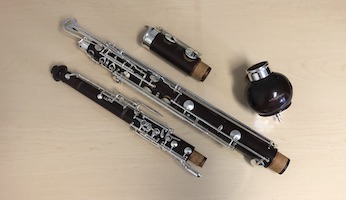 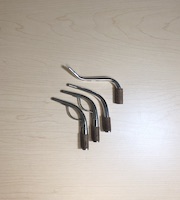 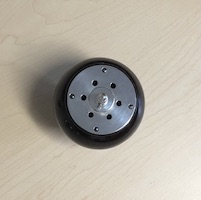 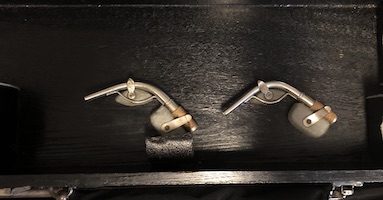 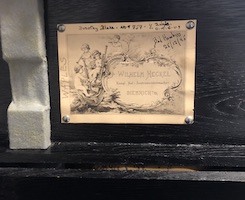 A brief video from 2021, showing the 'Waples' heckelphone played by Nathaniel Sanchez (USA), can be found here.

Thanks to Nathaniel Sanchez, Annandale-on-Hudson, NY (USA) for providing the pictures and much of the information shown on this page, and to Peter Hurd, Bellingham, WA (USA) for additional information. To provide further details on the history of this instrument to be included on this page, please contact me at heckelphone@gmx.net. This page has been created on 2021/11/15.